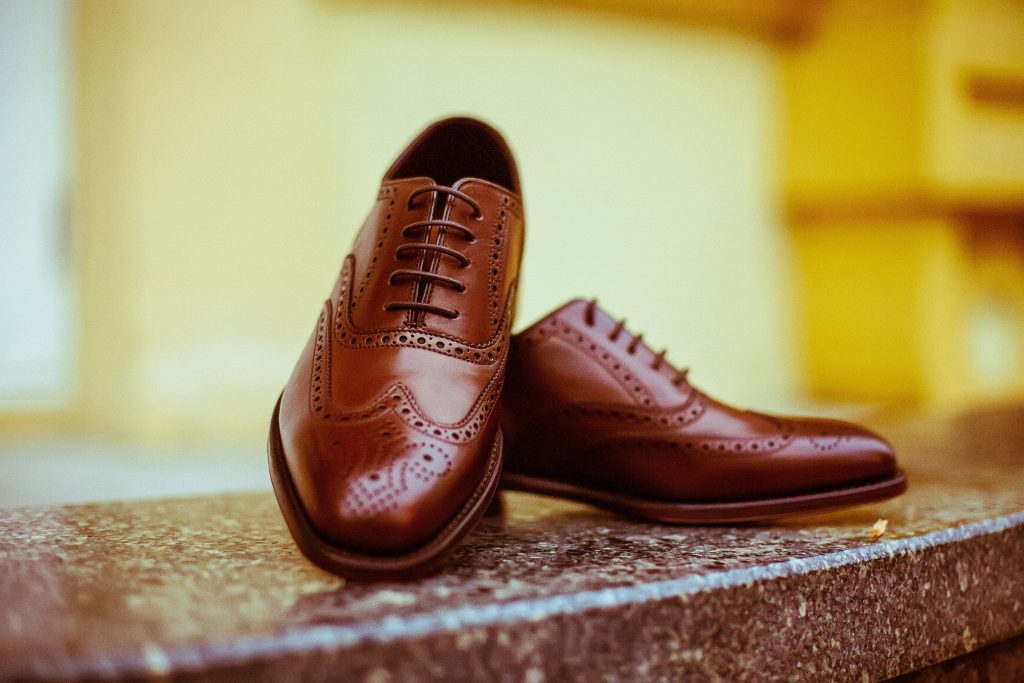 The Oxford shoe, often considered to be the most elegant men’s shoe, is immediately recognizable by its closed lacing system and concealed eyelet area. It’s a classic piece of formal dress, often compared to derbys in design, named after a popular University of Oxford shoe in the 1800s.

Oxford-style shoes, originally, were seen as a cozier alternative to standard-issue heeled boots. Sometimes called Balmorals, the history of Oxford shoes reaches all the way back to Scottish and Irish footwear.

Now, they’re available in many versions—making for a great stylistic choice among young professionals, older gentlemen and all in between. While black-cap Oxfords are great for formal occasions, Oxfords with lighter shades of leather go great with informal outfits.

A Brief History of Oxford Shoes

In the 17th century, boots had taken over the men’s footwear world. Outfitted with buttons, rather than laces, boots were seemingly perfect for any occasion. Even so, the Oxford-style shoe was presumably invented around 1825 to increase the formal-wear’s comfort: Oxford University students popularized the “half boot” Oxford shoe, or Oxonian Shoe, to make daily campus walks much more accessible (1).

Over time, the classic slit-style side of the Oxford’s “half boot” was replaced with laces. Interestingly enough, the term “Oxford shoe” didn’t appear until around 1846: Joseph Sparkes Hall, the formal “inventor” of the Chelsea boot, coined the term in an issue of The New Monthly Magazine (2). Stated to be “the best shoe for walking,” he further identified Oxford shoes to be properly tied at the front—as they sport either three or four lace holes.

Characteristics of an Oxford Shoe

The Oxford shoe might have transformed over its history, but it’s pretty easy to identify these days. It can be identified by three things:

Because the lacing system on Oxford shoes is stitched at the bottom, they fit snuggly on the foot. This makes them appear much more streamlined than shoes of similar design—giving them a more formal appearance.

Even though each Oxford shoe shares the three characteristics above, there are different types of Oxford shoes to try. Each offers something unique, but each can be worn during formal and informal occasions (3). Let’s check them out:

This type of Oxford shoe features an elegant M-shaped toe cap. The cap’s edges extend along the shoe’s side, making it a little more formal looking than the traditional cap-toe Oxford shoe. It’s still a suitable choice for office-wear, of course, and it can be styled in suede to complement smart-casual outfits and wedding attire alike.

As the name suggests, whole-cut Oxford shoes are crafted from a single section of leather. They’re certainly sleeker-looking than other Oxford shoes, but are commonly considered to be the most adaptable Oxford shoe. Their style easily extends into all occasions, all the while serving as a centerpiece of fashion.

Saddle Oxford shoes are often seen as “American-style” Oxford shoes. Their design is also a little rarer than others: With an additional leather strip running down the middle, the Saddle Oxford shoe’s major details extend down the sides. Meeting at the shoe’s sole, these colors can either be of complementary of contrasting color.

Oxford shoes are sometimes confused for Derby shoes—and it’s no wonder why! They’re almost identical. But how does one tell them apart?

The best way is to check out the lacing system: The Oxford shoe has a closed lacing system, but the Derby has an open lacing system. The Derby’s lacing system is also divided between two quarters—each sewn into the shoe’s vamp.

So, what does this mean when style is considered? In general, derby shoes—or “Derbies”—are seen to be a bit more casual than Oxford shoes (4). Even though Oxford shoes can be worn casually, Derby shoes may seem a little too casual to be worn at formal events.

We sometimes hear Oxfords being compared to brogues. But what are brogues, exactly? And which is better?

Here’s the best way to put it: Every brogue is an Oxford—but not every Oxford is a brogue.

Brogues are shoes with “broguing,” which is a type of design created by small holes. Technically, any shoe with these perforations are called brogues—even if they happen to be Oxford shoes (5). At the same time, Oxfords stand apart due to their closed lacing system: Their laces are sewn beneath the vamps—not on top of them. In the past, and even in some modern scenarios, “brogues” are considered to be more casual than “brogued Oxfords.” This is because cleaner, sleeker shoes are generally associated with formal attire. Even though brogue holes are small, they’re still design additions—and they’re easily set apart from traditional Oxfords.

How to Wear Oxford Shoes

We’re in luck, because Oxford shoes are, stylistically, very adaptable. They’re great shoes for both men and women, and they can be worn in many scenarios.

Even though they’re wearable in most scenarios, a lot of people prefer them as formal dress shoes. They pair great with tuxedos, full suits, sport jackets, dresses and slacks. If you’re looking for a more casual outfit, try a pair of Oxfords with jeans or chinos. If you do, though, there’s a small factor to consider:

An Oxford’s color tends to be directly tied to its formality. As a rule of thumb: The lighter the Oxford—the more casual it is. Even though one can pull off darker Oxfords in more casual settings, it’s customary to wear light-colored Oxfords in business casual situations. Black or dark brown leather Oxfords, meanwhile, are considered fancier.

And there we have it. Classy or casual, elegant or cozy, Oxford shoes are great wardrobe additions. Whether you’re dressing up or dressing down for an occasion, this essential piece of footwear is a fine addition to any closet.