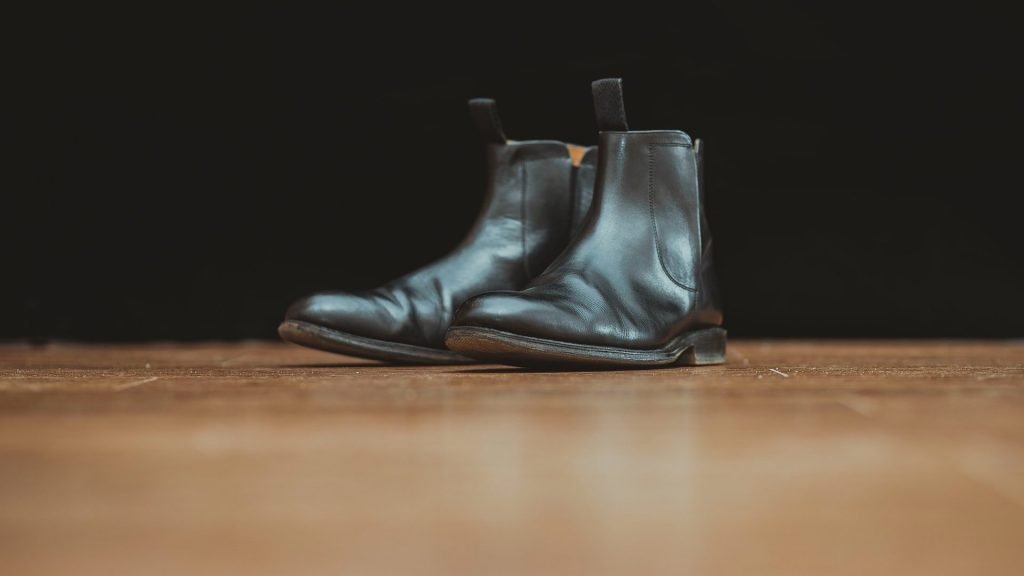 Photo by Jia Ye on Unsplash

The Chelsea boot is a revolutionary shoe that transformed the footwear industry when it was first introduced in the mid 19th century. Rugged and durable, the boot is as much a fashion icon as a powerhouse shoe designed with resilience and flexibility in mind.

This fresh interpretation of outerwear is characterized by a distinctive elastic side panel, a rounded toe, a pull tab at the back, and a low-profile heel. The key difference between this and other boots is in its sheer ease of wear. They’re easy to pull on and go, making them a superior choice for everyday wear.

The shoes are available in a wide range of styles, and they’re appropriate for both casual and formal occasions alike. Some are sleek and tailored, while others exude a more sporty, down-to-earth vibe. Once upon a time, the shoe was made solely of leather, but modern-day designers have reinterpreted the Chelsea boot in countless materials since its inception.

How They Differ from Ankle Boots

At a glance, you might think Chelsea boots and other styles of ankle boots are relatively similar. While it’s true they share silhouettes, the differences end there. The traditional ankle boot features some sort of closing mechanism, be it a buckle, laces, or snaps.

The oft-compared Chukka boot, which grew in popularity for its low profile, is also made of leather and was founded in early London. Yet this shoe features a lace closure and lacks the handy pull tab at the back.

Behind the Chelsea Boots Name

The exact history of the name is the subject of extensive controversy in the fashion industry. While many attribute it to the hip, always on-trend Chelsea district, where shops on King’s Road paved the way for London’s most elite trendsetters, others believe its roots were planted some centuries earlier.

In particular, one Joseph Sparkes-Hall is credited with designing the very first pair of Chelsea boots in 1837 (1). The designer, based in London, was inspired by the dexterity of elastic rubber. It was so flexible and effortless that he realized it could make a sensible addition to a pair of boots. The material, invented by Charles Goodyear, became a key component in his new design.

It so happened that Sparkes-Hall was also a shoe supplier for Queen Victoria II (1). As such, it didn’t take long for his new boots, known as paddocks, to find a place for themselves in her wardrobe. She was immediately drawn to their ease, especially the simple way in which they pulled on and off in comparison to other boots of the era.

Queen Victoria II often wore her boots while riding horses, and it was particularly convenient to simply slip them on instead of fussing with the many loops and button closures associated with other boot styles. Adding to their convenience was the handy back loop, which meant she could simply grip it in her finger and pull the boot off.

Its early success alone was but a harbinger of things to come. That sheer royalty was so fond of the Chelsea boot cemented its success almost immediately. It paved the way for the shoe’s popularity in subsequent decades.

While people wore Chelsea boots through the decades, it wasn’t until the 1960s that the boots enjoyed a true surge. It was during this era that The Beatles donned a contemporary take on the shoe when they took to the stage before scores of adoring fans. Their modernized version featured an elevated heel, a sleeker and more elongated toe, and a hint of femininity that set it worlds apart from its predecessor.

The look was bold and, for the time, rather outrageous — yet it was the perfect complement for the band’s penchant for form-fitting pants, tailored jackets, and slender ties. The result was a fashion phenomenon that essentially took the world by storm. They were joined by other beloved musical artists of the time, including the Rolling Stones and The Small Faces (2).

It helped, of course, that the boot’s name was the same as one of London’s most envied neighborhoods. Chelsea was chic, forward-thinking, and fearless in its approach to style. It was Britain’s answer to equally dapper cities like New York and San Francisco. The area was home to many hot spots, from buzzy pubs to happening beat joints.

A peek inside these locations revealed throngs of young style enthusiasts who set the tone for the decade. These were the socialites, the writers, the artists, the actors, and the photographers who defined an era. They were of all walks of life, from the posh upper echelon to the punks who were only beginning to reveal hints of what was to come in the late ’70s and early ’80s.

Today, the Chelsea boot is nothing if not cutting edge. It’s at once a reflection of its past and a peek into the future. It references its best elements — the trademark details that once made it so renowned — but evokes a sense of everyday cool that’s impossible for young scene stealers to resist.

In the 21st century, Harry Styles has made the shoes his own. He’s embraced them in countless ways, adding them to his repertoire and pairing them with everything from jeans to ’70s-inspired trousers. He even rocked a pair by Gucci emblazoned with dragons (3) — a true testament to the growth of the Chelsea boot.

How to Wear Them

Given their versatility, it’s easy to come up with dozens of ideas when considering how to wear Chelsea boots. These are anytime, anywhere shoes that exhibit sheer flexibility in more ways than one. The shoes can move from informal to formal with ease, making them a core part of your wardrobe.

From an understated standpoint, you can rock your Chelsea boots with a pair of simple blue or black jeans and a turtleneck sweater. Throw on a tailored jacket or a double-breasted jacket to pull it all together and create a cohesive look from top to bottom.

On a far more casual day, you can substitute your go-to sneakers for a pair of Chelsea boots. Wear them with your favorite well-worn jeans and a loose-fitting T-shirt for a look that defines nonchalant, low-key style.

Chelsea boots also make a flawless addition to your cold-weather wardrobe. Try them in the fall with a pair of leggings and a floaty dress for a stylish ensemble that helps you stay warm without sacrificing your penchant for chic style. On a warmer day, wear a maxi skirt with a slit so your Chelsea boots can peek out. Finish the look with a breezy tank top. You’ll be ready for anything from a music festival to Sunday brunch.

Chelsea boots also fit nicely into a formal wardrobe. Swap your usual wing-tip loafers for a pair of dressy leather boots bearing clean lines and a sleek silhouette. Opt for a color like black or gray instead of a faded brown, which can look too casual.

Try it with a pair of pressed trousers and a matching suit jacket, or with dress pants and a long, double-breasted coat when you need to look your best for a meeting. Because they’re so versatile, they make a seamless transition from desk to date without a single hitch.

The Chelsea boot is even a formidable companion for the timeless little black dress. Try it instead of your strappy heels when the occasion — or the surface — calls for something more substantial. The boots provide greater ankle and foot coverage, yet still exude a sense of dressiness.

The beauty of the Chelsea boot is clearly in its versatility. Few shoes are as adaptable to nearly any environment for men and women alike. The storied style needs no introduction, and it’s likely it will remain a key part of your wardrobe for decades to come.