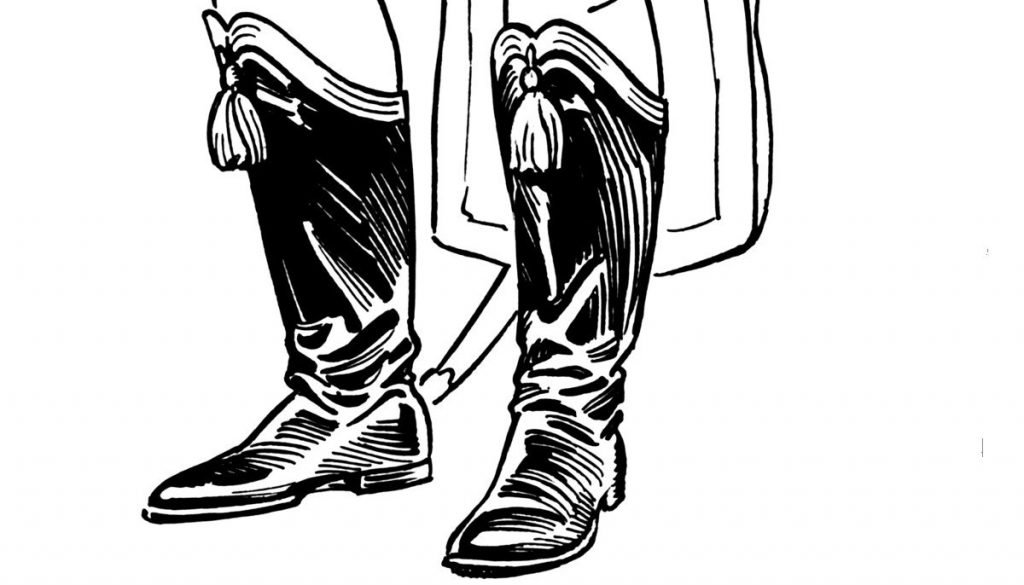 Hessian boots are a type of military riding boots made from polished leather and decorated with ornamental tassels. The boots also have a slight heel and a semi pointed toe. (1)

Hessian boots originated in the German state of Hess in the 18th century. They were initially worn by German soldiers and were the boot of choice for high ranking military officials. The semi rounded toe made it easy for officers to slip their feet in their stirrups. The polished leather and decorative tassels on the brim on the boot gave soldiers a distinguished and polished look.

It wasn’t long after that the boots trickled into the English footwear fashion scene during the Regency period. Hessian mercenaries also helped introduce the boots to the colonies in North America during the American Revolutionary War from British rule. The boots quickly grew to be the boot of choice during battle because of their full coverage, durability, and overall appeal.

What Are Hessian Boots Made Of?

Hessian boots have a simple but sturdy construction. Military grade hessian boots would sometimes be outfitted with a steel shank for greater protection. Inside the boot, a full lining gave a comfortable fit while the outside was made out of a dull polished leather, though some hessian boots feature a more refined polish.

The heel of a hessian was often stacked, and the toe was slightly pointed for practicality purposes while riding a horse. The distinguishing decorative tassel usually sat at the front of the boot at the dip of the inverted V-shaped collar. The tassel was typically gold in color, with a golden lining around the brim of the boot.

Though the boots were primarily designed for military men, they became popular among high society men in England as well. Their long lasting construction and relative comfort made the boots suitable for formal events both indoors and outdoors. The boots became so popular that small boot polishing shops and street corner “polishing stations” became the norm. (2)

While hessian boots are not as prevalent in today’s world of foot fashion, they still have decorative military regalia. Overtime, hessian boots gave way to today’s “wellies” and cowboy boots. Cowboy boots maintain the overall structure of the original hessian boot. Still, they differ in the leather used and the decorative perforations that contrast the sleek look of military hessian boots.